After a day of testing Salomon skis at Vail, Colorado with the team from all 5 locations of our Venture Sports ski shops and ski delivery service we asked everyone what their favorite ski was. There was one vote for the Salomon QST Ski and one for the Salomon S-Force Ski but the Salomon Stance received top nods from five out of seven of our ski testers.

According to Mike the owner of the collection of Venture Sports Vail ski shops on this beautiful day. “All right boys and girls we just finished an amazing day of sking out at Timbers Bachelor Gulch with reps from Salomon. I think the general consensus is the Stance 90, a brand new ski for 2020 – 2021 so come on out and try them!”

Salomon Skis has been working hard on development and this showed huge this year at the Outdoor Retailer show in Denver. The QST All Mountain Skis received an update making a popular ski even more user friendly for our ski rental customers who only get a handful of days on the mountain each season and want something they can rely on. The real stand out has been the brand new S/Force, a great ski for skiers who like a traditional metal ski that is stable and tackles classic types of skiing from moguls to high speed carving on groomers.

The Alpine Design Team at Salamon has introduces the Stance in two sizes for women the Stance 94 and the Stance 88 and three sizes for men the Stance 102, the Stance 96 and the Stance 90, so there is sure to be the perfect fit for your skill level and the current conditions on our beloved Vail and Beaver Creek ski areas. One subtle difference between the women’s and men’s models is the ladies’ model has a core that is made of karuba/poplar while the men’s model is full poplar. Both have the full sandwich sidewall and the race inspired sidecut. These are some of the things that are going to allow you to hop on this ski and from the first run feel like you are skiing with an old friend.

The technology of skis today is getting to the point of being hard to comprehend, but what you will immediately grasp is how effortless the Stance makes skiing, your confidence in tight trees and variable terrain will sore as these skis do exactly what they are told. The Stance has a upper titanal layer with laser milled windows that allow the ski to have a more free trosioao feel with a quicker turn initiation, while the blend of carbon and basalt make the ski stable in all types of snow.

We recommend the Stance as your choice of a Vail ski rental for the everyday recreational skier who likes to make aggressive turns with excellent edge control, for the skier who wants to get out there no matter what the conditions and really enjoy all aspects of the mountain. 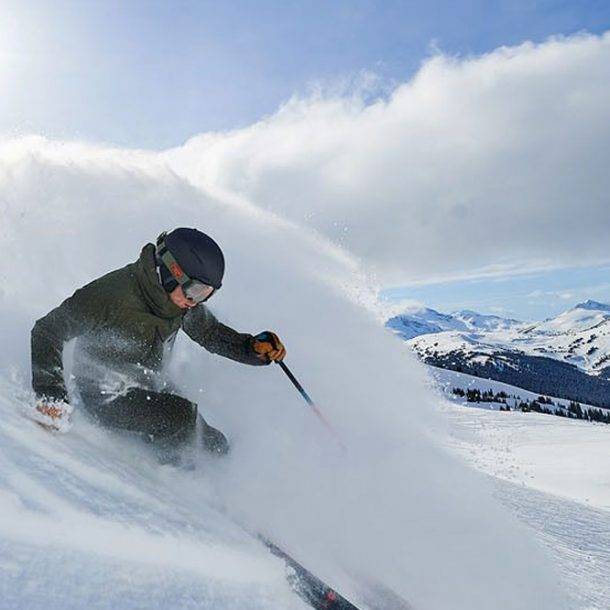